The idea of establishing the School arose in 1940 amongst the Members of the Orient Club in Isipingo. It took nearly 20 years for the School to finally open. The founders encountered great difficulty in getting the project off the ground because of the naked racism prevalent at the time. Securing the present School site took about 15 years. First, 3 acres of land were bought just below the Botanic Gardens, a few hundred meters away from the present site, but this land had to be given up because of anti-Indian agitation. Then 80 acres of land was purchased in the Bluff. On the eve of the laying of the foundation stone on the Bluff land, the project had to be given up as a result of racist agitation again. Eventually, the then Prime Minister, General Smuts, had to intervene and finally the 80 acres of land on the Bluff were exchanged for the 3 acres on which the School is presently sited with the Institute only acquiring possession of the present site in 1955. One of the prime movers behind all these efforts was A I Kajee, a community stalwart and visionary.

The School functioned as a State Aided Institution until the advent of the Schools Act of 1996, following which the State tried to wrench the School away from the community. The Institute was constrained to approach the High Court in Durban which declared that the School belonged to the community and could register itself as an Independent Institution.

From inception, the School Hall served not only the needs of the learners but as a venue for weddings and other functions at a time when there was a dearth of amenities for the community. During the 1960’s, the portion of the School Hall, from the columns, that faces the driveway, was part of a lawn area where, on the demands of the Nationalist Apartheid Government, the School was required to raise the flag of that Government. This was met by resistance from the learners who would all sit down on their haunches when the flag was raised, only to be set upon by members of the Security Police with their German Shepard dogs. Before Prince Buthelezi launched the Inkatha Freedom Party, in 1975, he addressed the community, in a totally packed Hall, something which was unprecedented at the time.

The world renowned scholar on Imam Al Ghazzali, Professor Ismail aL Faruqi, of Temple University, made several visits to SouthAfrica and on each occasion delivered talks on Imam Al Ghazzali in the School Hall. In the early 1980’s, the Members of the Natal Indian Congress and other community leaders, such as Ela Gandhi, who opposed the Tricameral Parliament were detained. Upon their release, they made their way directly to the Hall for a standing room only rally in support of that opposition. When President Mandela was released from imprisonment, the Country was still segregated along racial lines. This included schools as well. President Mandela was anxious to ensure that the education of his then young grandson, Ndaba Mandela, was not prejudiced and President Mandela contacted Fatima Meer who, in turn, contacted Ismail Kathrada of the A M Moolla Family and Ndaba was enrolled at Orient for the school year in 1990 after which he relocated to Gauteng. In 2016, the School hosted a colloquium attended by Dr Albertinah Luthuli, the granddaughter of Chief Albert Luthuli, the President of the African National Congress immediately before the presidency of Oliver Tambo, and Kerry Kennedy, the daughter of Senator Robert Kennedy. This colloquium was held to commemorate the visit by Senator Robert Kennedy to the then banned Chief Albert Luthuli in 1966 in defiance of the Nationalist Apartheid Government. 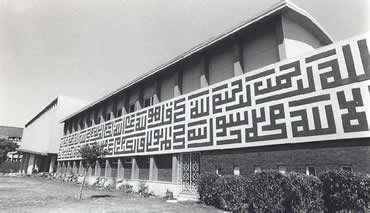 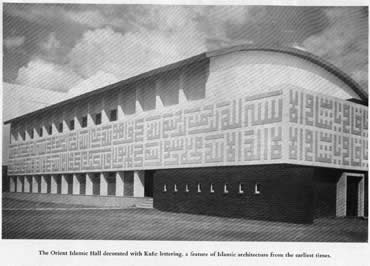 To be an institution of educational excellence producing well-rounded learners who will be the future leaders of the community and the nation.

The Orient Islamic School is committed to providing a holistic education compatible with Islamic principles and practices to enable our young learners to live harmoniously in our multi-cultural society and contribute to the growth and well-being of the nation as a whole whilst retaining their Islamic identity and commitment to the development of the Ummah.